World Environment Day was established in 1972 by the United Nations on the first day of the Stockholm Conference on the Human Environment, resulting from discussions on the integration of human interactions and the environment.

World Environment Day is celebrated every year to spread awareness and to make people understand that they have a role to play in preventing the loss of biodiversity and preserving nature for our future.Due to the current lockdown, the Earth has been going through a change due to lack of human intervention.Due to the outbreak of coronavirus, people will be celebrating the day with the help of digital platforms.

According to the UN Food and Agriculture Organization (FAO), every year 1.3 billion tonnes of food is wasted. This is equivalent to the same amount produced in the whole of sub-Saharan Africa. 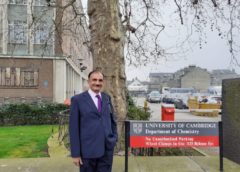 At the same time, 1 in every 7 people in the world go to bed hungry and more than 20,000 children under the age of 5 die daily from hunger. While the planet is struggling to provide us with enough resources to sustain its 7 billion people (growing to 9 billion by 2050), FAO estimates that a third of global food production is either wasted or lost.

Food waste is an enormous drain on natural resources and a contributor to negative environmental impacts. Given this enormous imbalance in lifestyles and the resultant devastating effects on the environment. India is a developing country having huge population to feed and needs to protect its environment and natural resources.

If food is wasted, it means that all the resources and inputs used in the production of all the food are also lost. For example, it takes about 1,000 litres of water to produce 1 litre of milk and about 16,000 litres goes into a cow’s food to make a hamburger. The resulting greenhouse gas emissions from the cows themselves, and throughout the food supply chain, all end up in vain when we waste food.

In fact, the global food production occupies 25% of all habitable land and is responsible for 70% of fresh water consumption, 80% of deforestation, and 30% of greenhouse gas emissions. It is the largest single driver of biodiversity loss and land-use change.

Making informed decision therefore means, for example, that you purposefully select foods that have less of an environmental impact, such as organic foods that do not use chemicals in the production process. Choosing to buy locally available food material can also help in saving the environment as  foods are not transported from far places and therefore reduces gas emissions.

This is important for every one to take action from home and then witness the power of collective decisions you and others have made to reduce food waste, save money, minimise the environmental impact of food production and force food production processes to become more efficient. So think before you eat and that will help to  save our environment!