Skip to content
You are here
Mumbai : The first Marathi film of 2021 which was released in the cinema is Peter, got applause from the audience. The film had received immense love and support from the viewers. Aurnagbad and Narayan Gaon had got houseful opening with many other centre single screen open with fair amount of audience.
Under the banner of Aanandi Enterprise and Jumping Tomato Marketing pvt ltd in association with the 9SPROCKET ENTERTAINMENT, Peter is directed by Amol Arvind Bhave. The Movie is produced by Amol Arvind  Bhave , Dipankar Ramteke  and Rohandeep Singh and co produced by Paresh B Patil. The movie features Prem Borhade, Manisha Bhor, Amol Pansare, Vinietaa Sancheti and Siddheshwar Siddhesh. Peter released in theatres on 22nd January, 2021.

Peter is an emotional story of a 10 years old boy Dhanya and a baby goat. The innocent friendship between these two is heart-touching. The village people were searching for a goat  for his sacrifice but due to the village fair,all the goats had been scarified and only one goat was alive who was too small for the sacrifice. They planned to sacrifice that goat after raising it for 5-6 months. The raising of the baby goat comes to Dhanya who gladly accept it. Dhanya was called spiderman by everyone and his school friends called him Peter.The affection between Dhanya and the baby goat grew day by day. This made his mother to worry about him as the time to sacrifice the goat was near. The sacrifice of the goat was performed as a belief so that his uncle could have a baby. But soon Dhanya comes to know that his uncle could never have a kid as his aunt was taking contraceptive pills. 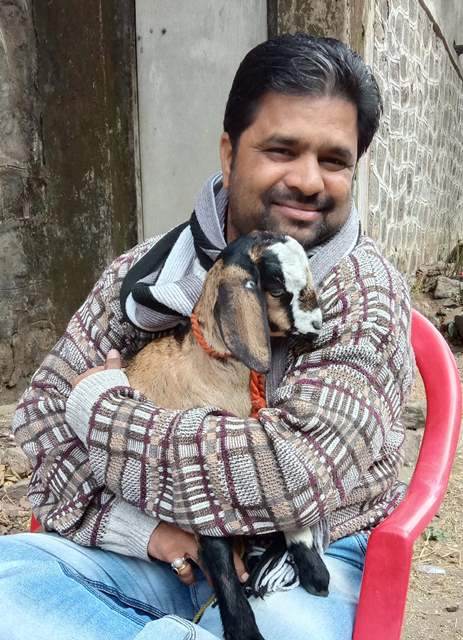 Director Amol Arvind Bhave said though a small movie, Peter comes up with a big message. The film deals with the exposure of faith and fate in the name of the god. The film has all the essence of love, innocence, ignorance, faith, fate and above all superstition. The blind faith which is being carried in the name of religion is the crux of the film. It is not the sacrifice of the goat rather sacrifice of humanity. The film is doing well in Maharashtra and I hope not only Marathi people but everyone should watch this movie.